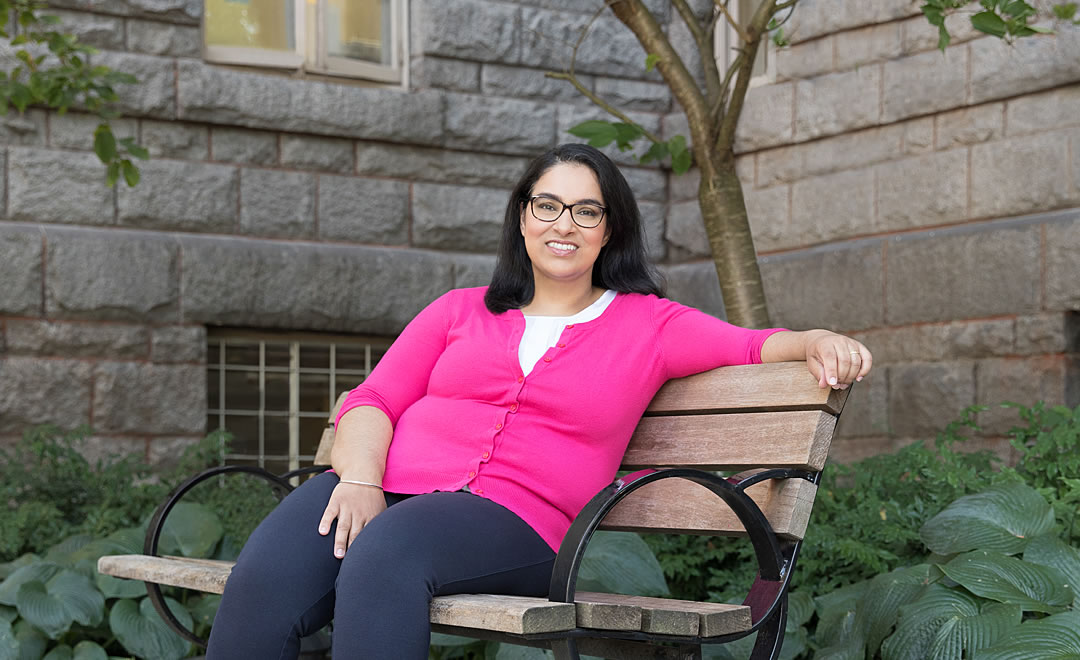 As a South Asian, my chances of finding a suitable match were far lower than for a Caucasian.”

“I received my initial cancer treatment in the U.S.,” recalls Daljit Sanders, “because I was too ill to travel home to Vancouver. The chemo schedule was intense and I nearly died at one point when I got very sick in hospital. After about three months, the oncologist told me I was in remission. Then he referred me to a stem cell specialist who said, ‘Unfortunately, without a transplant, I only give you six months.’ I knew that because of my South Asian ethnicity, a transplant wasn’t likely. I headed home to see what could be done.”

Daljit was in the Detroit area when routine blood work for a suspected infection revealed that she had acute myeloid leukemia (AML), a cancer of the blood and bone marrow. The news came as a shock to the 28-year-old, who was already living with a health challenge:  “I was diagnosed with secondary AML on January 7th, 2014 — seven years to the day after I learned I had multiple sclerosis. So, as you can imagine,” she says with a laugh, “January 7th is not really my favourite day.”

Back home in Canada, Daljit was referred to the Leukemia/Bone Marrow Transplant Program at Vancouver General Hospital. There her new oncologist, while more optimistic than the previous team about her immediate outlook, agreed that she couldn’t hope to live very long without receiving healthy stem cells to repair the bone marrow damaged by her cancer. The challenge would be finding the right donor.

Transplant centres across Canada can search for potential donors using Canadian Blood Services Stem Cell Registry, which in turn can access other member registries of the World Marrow Donor Association. This means that national and international searches are performed for every patient in Canada in need of a stem cell transplant, improving their chances of finding the right donor match somewhere in the world.

“As a South Asian, my chances of finding a suitable match were far lower than for a Caucasian in my situation,” Daljit says. “That was incredibly scary for me.” Supported by her mother and nieces, she began reaching out to groups in the community who were trying to raise awareness and recruit donors. “South Asians in general can be more difficult to encourage to sign up because of language barriers and a lack of awareness about the issue. Plus, it was hard to help out when I was sick and trying to fight this thing. Then I connected via social media with the stem cell team at Canadian Blood Services, who introduced me to some people who were doing South Asian donor drives, and that gave me a lot of hope.”

Increasing ethnic diversity has long been a priority for Canadian Blood Services Stem Cell Registry. (Previously known as the OneMatch Stem Cell and Marrow Network, the program was renamed in 2019 to underline our strategic focus on stem cells alongside blood, plasma, and organs and tissues under the renewed Canadian Blood Services brand.) In our efforts to recruit healthy, committed donors — we keep a particular focus on young males whose stem cells have been shown to carry a lower risk of post-transplant complications — and on people with diverse ethnic backgrounds because we know that patients like Daljit have the best chance of finding ideal matches within their own ancestral ethnic groups.

As of the 2018–2019 year-end, there were over 447,000 adult registrants in Canadian Blood Services Stem Cell Registry, which is linked to an international registry network comprising more than 33 million potential donors worldwide. During the past year, we facilitated 402 transplants for Canadian patients, helping them receive stem cells from both domestic and international donors.

In addition to the national registry, which has collection and transplant centres in major cities across Canada, our unified Stem Cells for Life program includes two processing, testing and storage facilities, as well as Canadian Blood Services’ Cord Blood Bank, which has been operating since 2014. Having collected umbilical cord blood from 27,000 mothers so far through hospitals in Ottawa, Brampton, Edmonton and Vancouver, the bank had 3,220 units at year-end. That inventory is integrated with banks around the world that together hold nearly 780,000 cord blood units, increasing the odds of a positive match for patients like Daljit.

The power of conviction

“Until it hits you personally, you don’t think about it,” Daljit says of her need for a stem cell transplant. “It’s not that we don’t want to help, but people are just so busy and caught up in their day-to-day lives. I’d love to see us get to a point where there’s a donor drive every weekend at shopping malls, sporting events, fairs and festivals, and so on.”

The now 33-year-old also urges more coordinated efforts to raise awareness:  “This should be taught in schools and be part of the public conversation, including with people who are new to our country. And our health system should constantly remind people that they’re eligible to be stem cell donors and help people of all ethnicities regain their health. We have one of the most multicultural societies in the world. We should be able to do better.”

With her cancer in remission, Daljit has resumed her human resources consulting career and is earning a master’s degree online in organizational development and change from Pennsylvania State University. “In the hospital, I noticed that I kind of have a knack for comforting other people who are going through similar experiences. I try to bring that to my work, as I help start-ups develop policies to ensure they’re taking care of their most valuable asset: people. Because when organizations are able to harness all of that human energy, knowledge and experience, they create a better future not only for their employees, but for all stakeholders.”

This blend of optimism and conviction has sustained Daljit as she has faced her various health challenges. And now, through her passionate advocacy on behalf of stem cell recipients, she’s able to return the generosity of the anonymous donor who gave her a second chance. 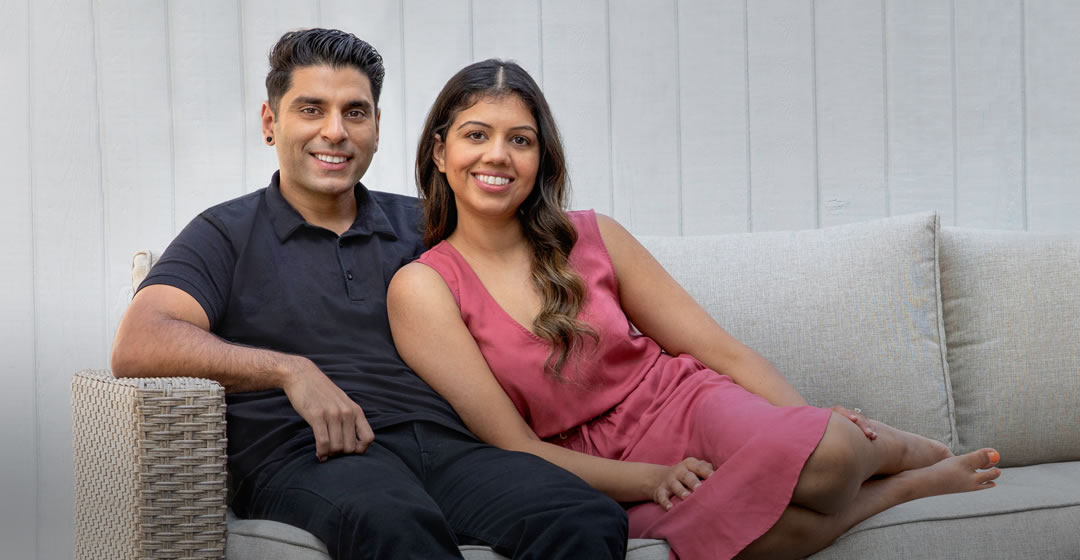 It’s important that people see what a difference it’s made. You get to breathe again.”

When Gurjit Cheema needed a kidney transplant, her husband, Shak Pawar, was there for her, offering one of his kidneys to another patient as part of the virtuous circle of paired donation.

Leveraging the power of research