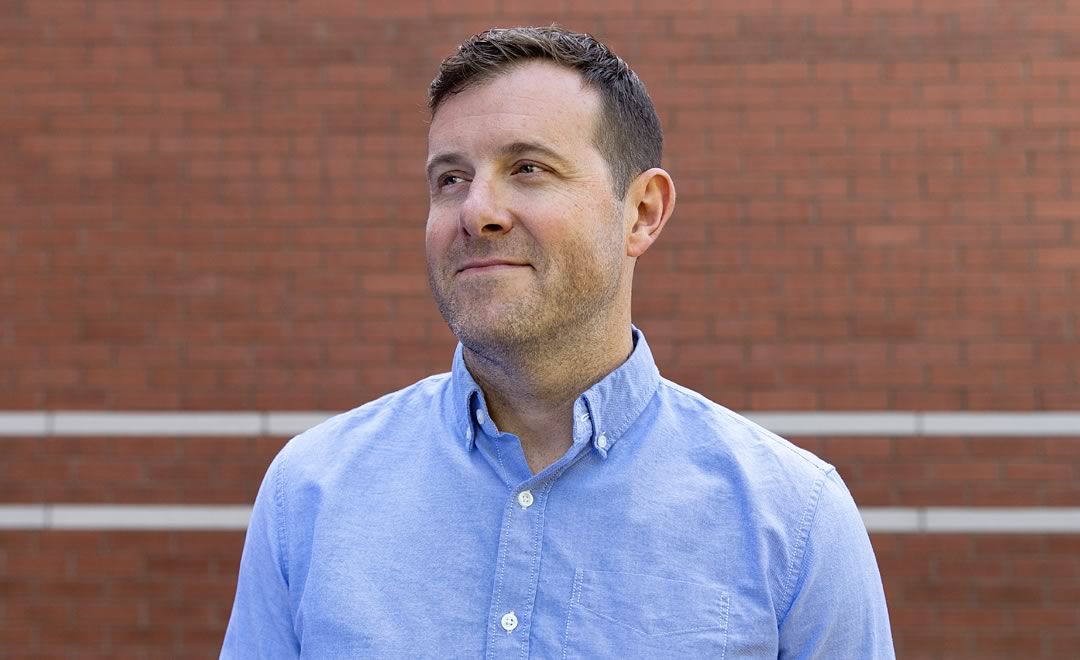 My job isn’t just about working with numbers — it’s about helping improve the system.”

“I tend to get stereotyped as a data guy,” says Shane Smith, “but I don’t just spend my days looking at spreadsheets. I provide information from our system data to help move along initiatives that are tightening up processes and allowing the whole supply chain to operate at a higher level. A key goal is to reduce ‘waste’ — our term for blood and blood products that don't reach the patients who need them. And one area where we focus a lot of attention is the number of blood units that, for various reasons, have to be discarded along the way.” A certain amount of product loss is expected in any biological manufacturing environment;  zero waste is simply unachievable. However, when Shane joined the newly formed supply chain process management team in 2014, the discard rate had been rising for several years — not dramatically but enough to cause concern. One of the team’s first tasks was to analyze the underlying reasons why and then propose concrete actions to bring the rate down. A key area of initial focus was the donation process.

Getting the most out of every donation

“Sometimes there are problems during collection, as we’re getting blood from a donor’s arm into a bag,” Shane explains. “Some bags can end up underweight, with little or no usable blood in them. Or they may be what we call ‘low-weight,’ containing insufficient red blood cells but maybe some usable plasma. Underweight and low-weight bags represent the single biggest contributor to the discard rate. When we started looking into the issue, they accounted for half of all discards — 4.1 per cent within an overall discard rate of 8.2 per cent in 2013–2014.”

To address this challenge, Canadian Blood Services began by focusing on the phlebotomy practices by which blood is collected from donors. Teams worked closely with donor centre staff to identify best practices and training protocols in blood collection and, where warranted, arranged for additional training. Phlebotomists were also given a new tool that makes it easier to find donors’ veins. A missed vein or partial insertion can make it difficult to ensure the blood bag will be filled to the required level. It can also lead to an unpleasant donation experience, discouraging some donors from returning in the future and compounding the negative impact on collection yields.

“This initiative has really helped us reduce the discard rate,” Shane says. “In 2018–2019, underweight and low-weight discards were down a full percentage point compared to five years earlier. That’s nearly 8,000 more units of whole blood available to the health system each year.”

Securing every link in the chain

There are many other reasons why a unit of blood may have to be discarded as it proceeds along the supply chain from collection, initial storage and transport; through testing, production and warehousing at a Canadian Blood Services facility; and delivery via our distribution network to a hospital blood bank. Among the chief contributing factors:

“Anytime a unit must be discarded, it’s not just about the unfortunate loss of blood,” Shane says. “There’s also the loss of donors’ valuable time, plus the cost in terms of our operations, which is ultimately paid by the people of Canada. So we’re highly motivated to keep pushing that discard rate down to meet our own productivity targets and, more importantly, to ensure that the blood system is performing well for both patients and donors.”

The total number of discards has fallen steadily as the work of the process management team continues to gain traction. The adjusted rate for 2018–2019 was 6.1 per cent, down from a high of 8.2 per cent five years earlier. While this is good progress, representing annual savings of about $2.5 million, Shane and his teammates remain focused on finding further opportunities for improvement. And they’re gratified to see that their work is helping colleagues across the organization do the same.

“More people are asking to access the key metrics and other information we’re gathering,” Shane says, “so they can direct that knowledge toward activities in their regions or at particular donor centres and production facilities. Change is happening, thanks to the everyday work and commitment of local supply chain teams. That’s how we’ll keep reducing the discard rate and keep more blood in the system — if everyone’s committed to working more effectively, finding ways to improve performance, introducing extra training where necessary, and generally taking what we’ve been doing and driving it locally.”

It’s this sense of shared purpose that Shane finds most rewarding about his role at Canadian Blood Services. “I’ve worked in other areas of health care, but this place is more aligned with my personal values. My job isn’t just about working with numbers;  it’s about helping improve the system. I feel I have more of a direct impact on patients’ lives.” 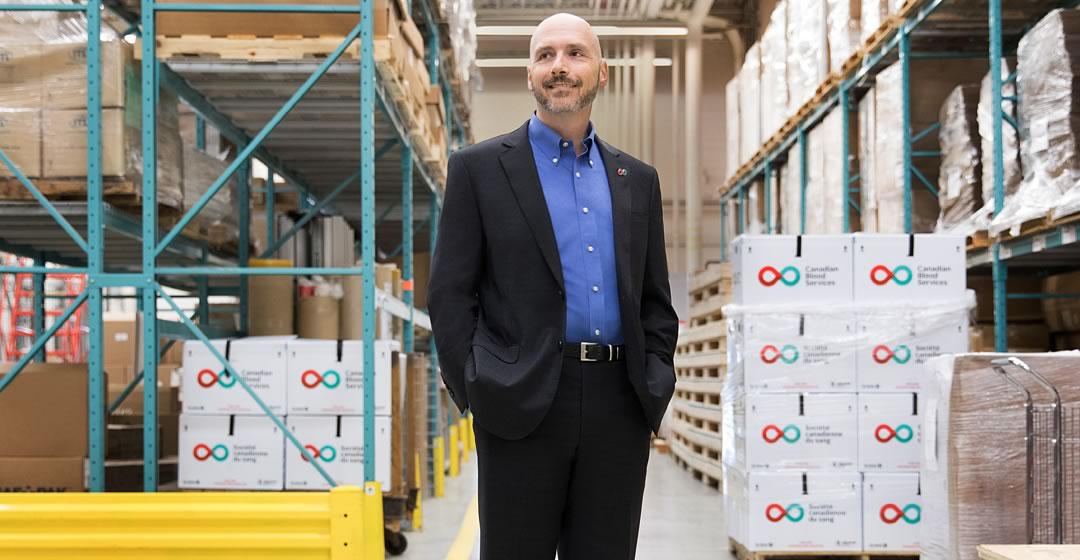 We have to make sure the right products are available while also making limited dollars go further to keep the system sustainable.”

For clinical pharmacist Dr. Sylvain Grenier, director of our plasma protein products (PPPs) formulary, managing this national program is an intricate balancing act with one guiding purpose;  to ensure access to the consistent, effective, appropriate care that patients need.

In March 2019, we launched a quality mindset survey at Canadian Blood Services to gauge team members’ awareness of the key drivers of a quality-focused culture. We asked for feedback on people’s sense of ownership in the quality management process, as well their perspectives on the involvement of peers and the impact of leaders’ guidance and messaging. Overall, the responses placed us in the top 20 per cent of companies that have conducted the survey, and in the same position compared to our peers in the pharmaceutical sector. Learning that we rank in the top fifth among organizations striving to instill a quality mindset is gratifying. It also puts a concrete metric against our efforts to do even better, as our continuous improvement journey continues.

Leveraging the power of research